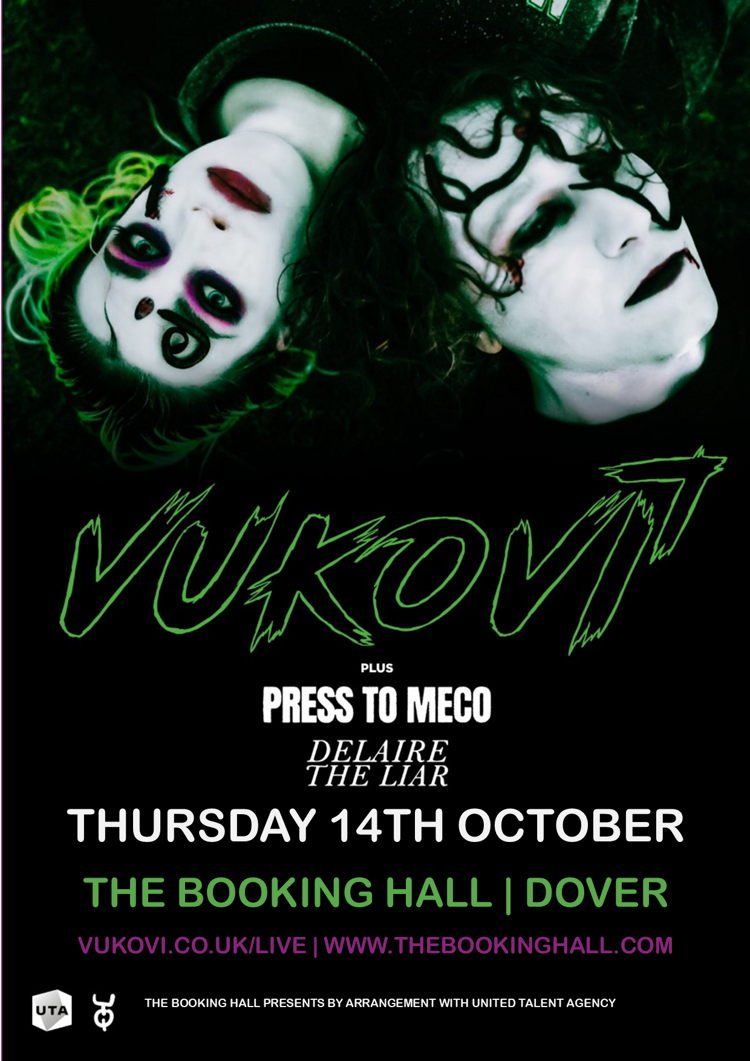 Scottish rockers Vukovi are Janine Shilstone and Hamish Reilly, who burst onto the music scene in 2011 when their first recording was aired on Radio 1 only two months after they had formed. Originally a 4-piece, during 2018 the band underwent a line-up change, parting ways on good terms with bassist Jason Trotter and drummer Colin Irvine to become a duo. With influences ranging from Skunk Anansie, Rage Against the Machine, Incubus and the drumming styles of Dave Grohl, Vukovi have developed a raucous live show supporting the likes of Futures and Lower than Atlantis.