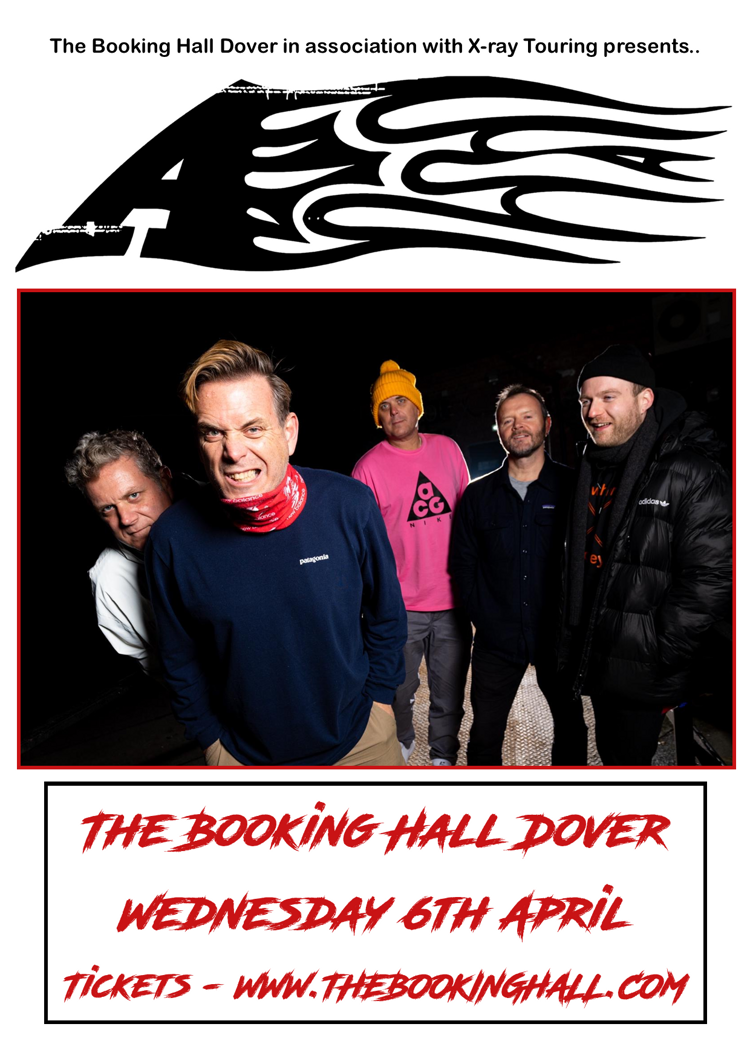 Formed in the mid-90s in Suffolk, their 25-year career has seen the band release 4 studio and 2 live albums, including their stunningly crafted post-grunge rock debut ‘How Ace Are Buildings’ and the UK top 20 album ‘Hi-Fi Serious’. Single releases have also achieved strong chart success, with a UK top 10, four UK top 40 and seven UK Top 100 singles.

In 2018 “A” embarked on a UK headline tour to support the vinyl reissue of ‘Hi-Fi Serious’, certified Silver in the UK having sold over 60,000 copies. With sold out shows, the tour closed at Shepherd’s Bush Empire, proving without a doubt that 16 years after winning the ‘Best British band’ at the Kerrang awards, “A” are still as loved as ever. The band capitalised on the momentum from the 2018 tour by jumping straight into another UK headline tour.

2019 saw more sold out shows, a string of triumphant main stage festival appearances and a collection of anniversary shows to celebrate 20 years of the band’s second album ‘A vs Monkey Kong’ to close the year in true “A” fashion