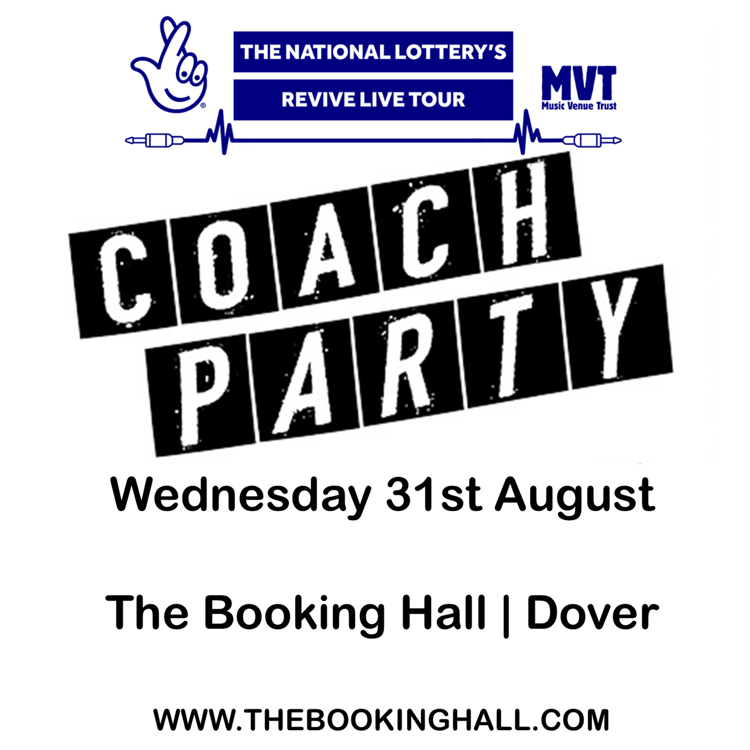 Revive Live - Buy one get one free tickets

Emerging Isle of Wight four-piece Coach Party have today shared their new single and video ‘Everybody Hates Me’ via Chess Club Records. The band have also announced a brand new EP After Party - featuring ‘Everybody Hates Me’ and previous single ‘Can’t Talk, Won’t’, which received rapturous support from the likes of BBC Radio 6 Music’s Steve Lamacq, Jack Saunders (who crowned the track a Next Wave) on BBC Radio 1, and Radio X’s John Kennedy. The band rounded off 2020 with Ones To Watch tips from Dork, The Daily Star, and Radio X - with continuous support from tastemakers The FADER, NME, The Line Of Best Fit, DIY, CLASH, Music Week, Fred Perry as well as national newspapers such as the i and The Observer - where the band were crowned One to watch in May.