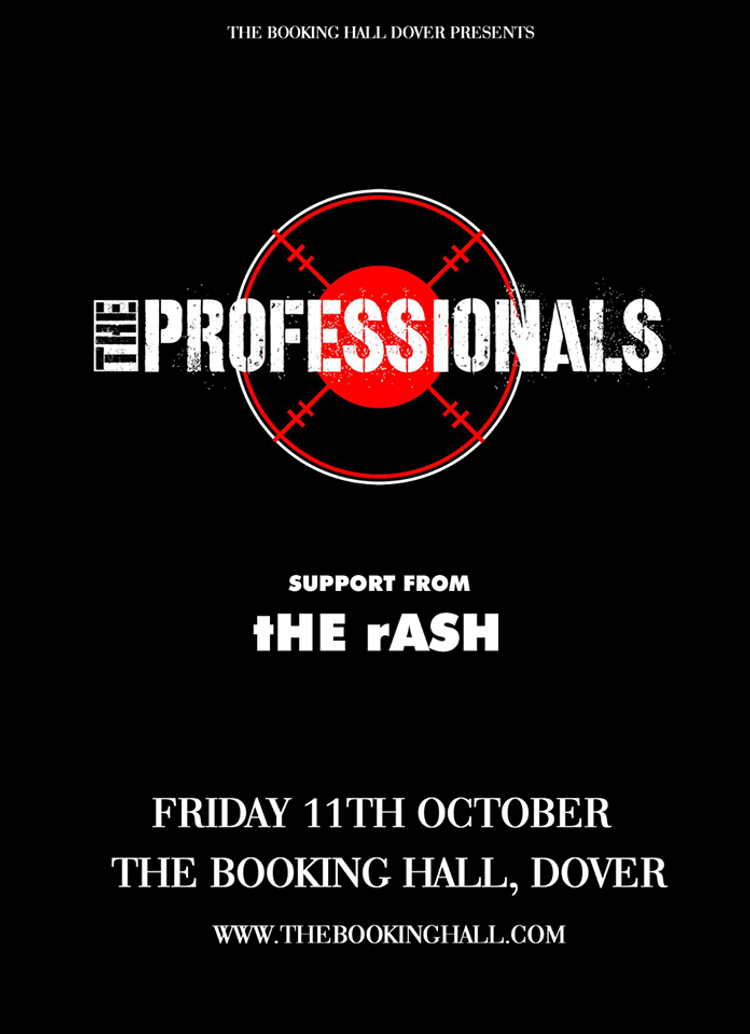 Support from The Rash.

Formed by Paul Cook and Steve Jones, The Professionals arrived on the scene in 1979 following the demise of the Sex Pistols, but split just 3 years later. In celebration of the release of a three-disc set by the Universal Music Group, The Professionals reformed in October 2015 (minus Steve Jones and with the addition of Tom Spencer) for a critically acclaimed, sold out 100 Club show. Fast-forward to 2017 and the new band spearheaded by Paul Cook, Paul Myers and Tom Spencer released the first material under the Professionals name in 35 years with the full blessing of founding member Steve Jones.