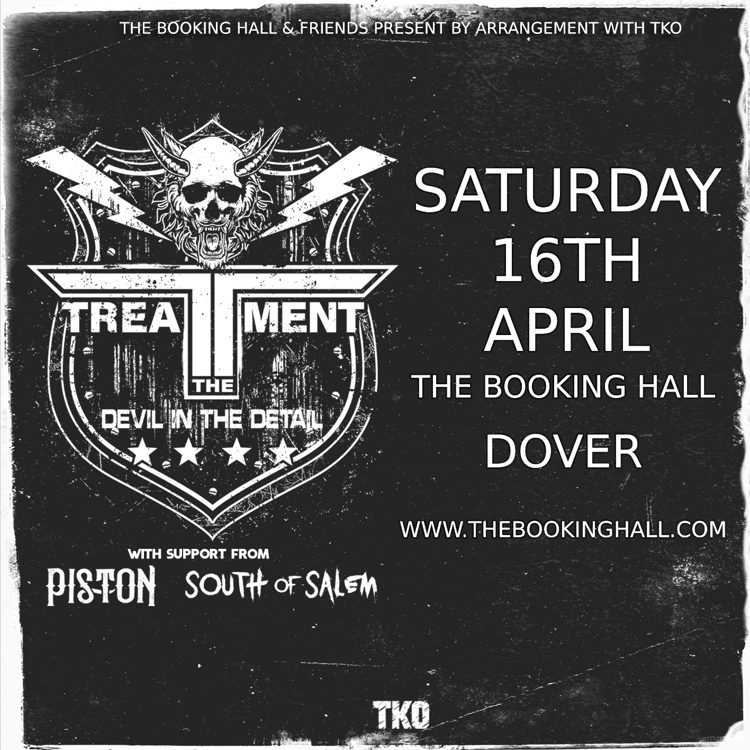 Following the release of their critically acclaimed album, “Waiting For Good Luck”, in 2021, The Treatment are pleased to announce a UK headline tour for April/May 2022. “The Devil In the Detail UK Tour” will take in seventeen headline shows across the UK and one festival appearance. An incendiary live act, the band will be coming off the back of special guest to Fozzy on their SOLD OUT UK tour in November/December 2021.

A five-strong outfit based in the Cambridge are of the UK, The Treatment are tender in years, but you'd never guess that from the quality of their song-writing or the confident swagger of their live show. Combining the drive of early Def Leppard with the song-writing ability of prime UFO and Thin Lizzy, the whole thing underpinned by the sort of low-slung riffing redolent of early Aerosmith or G n' R, The Treatment are unashamedly inspired by an era when rock bands looked like rock bands and were generally intent on causing a stir (both onstage and off); an era when the lifestyle was important, when music was everything and when vinyl was king.