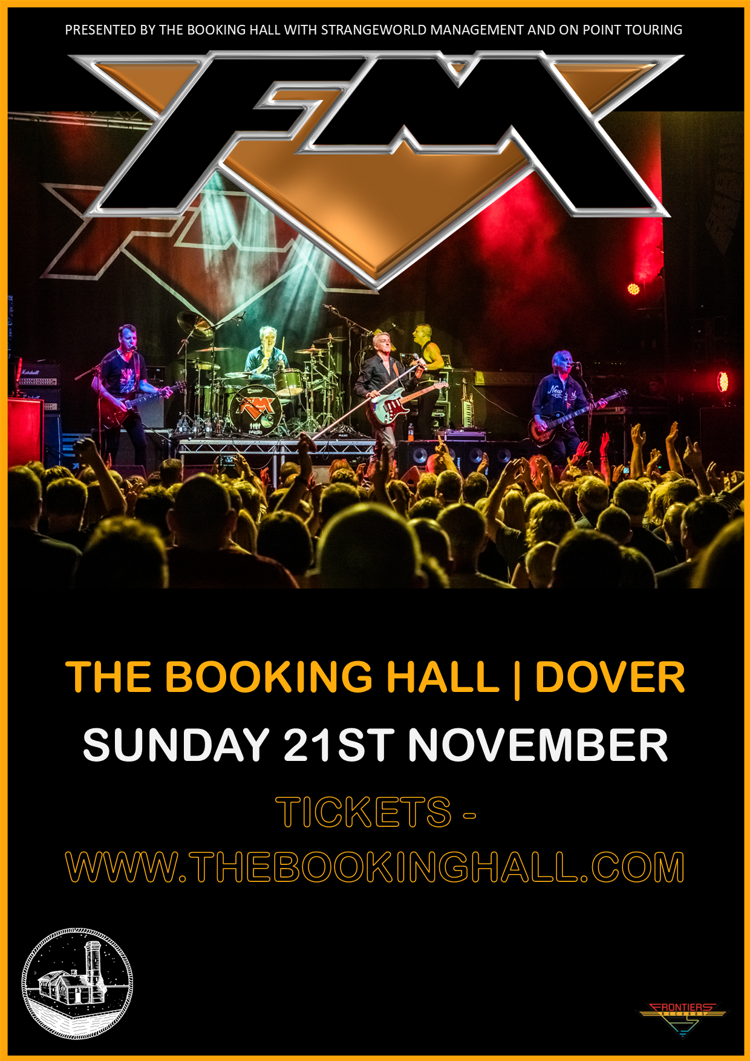 Having released their twelfth studio album, Synchronized, in 2020, FM remain at the forefront of melodic rock. We cant wait to welcome them to Dover!

Formed in 1984, FM signed to CBS (Sony) records and toured with such luminaries as Bon Jovi, Tina Turner and Whitesnake plus many more. They did their own headline theatre tour of the UK in 1989, including a sold out London Hammersmith Apollo. The band released 5 studio albums, a live acoustic album and 'Best Of' compilation. In 1996 with the changing musical tide the band split but remained close friends. Then, in 2007 they were persuaded to reform for a one-off show at Nottingham Rock City (Firefest IV) and are still rocking strong today.